Detailed Guide For Diabetes Treatment As Per Ayurvedic Perspective 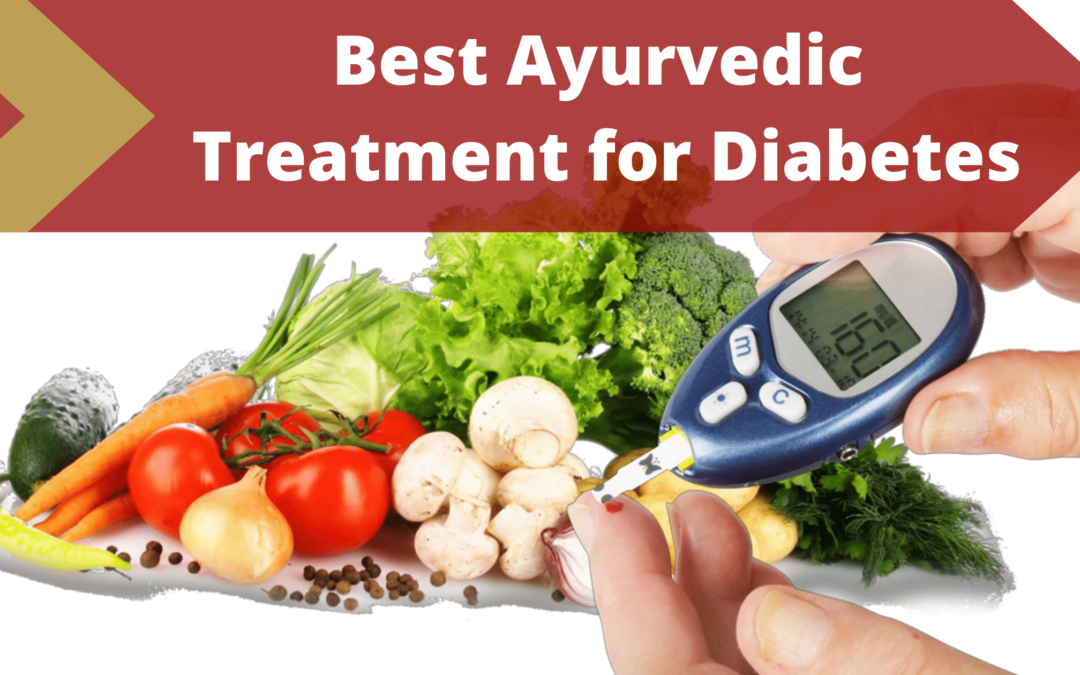 Detailed Guide For Diabetes Treatment As Per Ayurvedic Perspective

India is deemed the world’s diabetes capital. According to information by the Health Ministry Govt. of India, the diabetic population of the country is going to hit an alarming figure of 69.9 million by 2025 and 80 million by 2030. Urban India has more incidences of diabetes than rural India. Also, the prevalence is more in the age group of 70-79 years and also males are more prone to diabetes. Diabetes is a major cause of blindness, kidney failure, heart attacks, stroke, and lower limb amputation and also there was a 5% increase in premature mortality (aged less than 70 years) due to diabetes.

Diabetes Mellitus generally known as diabetes is a metabolic disorder that causes high blood sugar. The hormone insulin moves sugar from the blood into our cells to be stored or consumed for energy. Untreated high blood sugar, in the long run, can damage your nerves, eyes, kidneys, and other organs.

Diabetes in Ayurveda is called by the name ‘PRAMEHA’ which refers to a group of disorders associated with the urinary system often coined the term obstinate urinary disorder. Ayurvedic treatment of diabetes describes 20 types of Prameha of which 10 are Kapha predominant ones, 6 are pitta predominant and 4 are Vata predominant.it further explains another variety called Madhumeha which comes as a complication if these 20 varieties of Prameha are left untreated. Madhumeha can be co-related to modern-day diabetes mellitus.

Signs And Symptoms Of Prameha

The 3 signs of Prameha according to Ayurveda are:

The sensation of sweetness in the body

Ayurveda further includes the following under the signs and symptoms of Prameha:

Ayurveda lists Prameha or Madhumeha under Asta Mahagada (8 most dangerous diseases) due to the complications it can cause and make the life of the person miserable. The Ayurvedic Treatment for Type 2 Diabetes is the metabolic correction that is achieved by performing panchakarma therapies.

Prameha tends to affect all the Dhatus and Upadhatus (The body tissues) which can be identified as:

If you are looking for the best and most effective Ayurvedic Treatment for Diabetes in Mumbai then kindly call us today for booking the required consultation with our ayurvedic Diabetes specialist doctor.